With the ushering in of a hot St. Pete summer this month, we also have the great joy of welcoming yet another “Funky Tie Day.” Or perhaps you know it as “The Aftershave Day”? We are of course referring to “Father’s Day,” when each year we gather together in celebration of Dads of all stripes, to thank them for everything they have done and continue to do for us. It’s a grand day, worthy of grand hugs and grand gifts. Certainly gifts better than a tie – after all, these days, a lot of people don’t even wear ties to the office! So in the spirit of dentistry, and all

Creating Smiles Dental has festive fun before the patients arrive.

After the morning meeting, the Creating Smiles Dental team took a photo with sombreros and maracas. They enjoy one another and it shows. They continued the good spirits with their patients who liked taking photos with the Cinco de Mayo props too. After work, we even noticed some patients had published dental selfies to their own social media sites like Instagram with our hash tag, #creatingsmilesdental. Located in beautiful St. Petersburg, Florida.

What a fun day.… Read the rest

Ahoy, Matey! May is here! The sun is out, the snow is gone, and it’s time to get outside and explore the open water like we just did on our office cruise last weekend. Be it a lake or pond, river or ocean, you owe it to yourself to sink your senses into this wonderful gift of nature. In the warmer parts of the country, the boat docks are opening en masse’, so don’t forget to pack sunscreen, a fishing pole, and a big basket of fruit rich in Vitamin C as you prepare to set sail. Fruit? Why Fruit? Trust us, you’re gonna’ want to have some on hand…

The whole Creating Smiles Dental team went on its first cruise and it was refreshing, relaxing and fun. Some of us brought our families. We ate delicious food, saw fantastic shows together each night, relaxed by the pool while the kids jumped in, slid in, and splashed away. We got to talk outside of work and get to know one another even better. Our bonds grew and the love for good friends and family was evident. We cruised to Cozumel, Mexico. We all got off of the ship. Some of the activities we did included swimming with dolphins, visiting Tulucan and the ruins, eating authentic Mexican food, snorkeling in caverns, … Read the rest

*Originally published by RDH Magazine in April 2011 but is still valid. It be found here: http://www.rdhmag.com/articles/print/volume-31/issue-4/features/wonders-of-xylitol.html or click here. We at Creating Smiles Dental are stressing prevention more than ever and would like to bring articles to our patients that can help with oral and general health. This is one article that is filled with helpful information.
Although dental decay is largely preventable, it is still considered the most common chronic infectious disease of children ages 5-17. It is impossible to completely avoid sugar in our diets, so a more realistic approach would be to limit the
… Read the rest

As we prepare to send our students back to school whether it is down the street or away in a dorm, let’s keep in mind the easy, safe and natural ways we can protect them and their oral health.

Xylitol does several things to help create a healthy mouth providing healthy snack options, reducing acid and plaque in the mouth, increasing saliva and the amount of calcium and phosphates available for remineralization

New Choice Card for Veterans can be used at our dental office!

As of November 5th 2014, some veterans can take advantage of the choice program with their new choice card which is for veterans. With this card, if their zoned veteran’s administration facility can not see them for their dental needs, they can come to us. There is a large grant to be used for veterans to be used now. We see new patients and appreciate our veterans so spread the word!

On August 7, 2014, President Obama signed into law the Veterans … Read the rest

Join some of our other patients by resolving to quit smoking on Thursday for the National Great American Smoke Out 2014.

Tobacco use remains the leading preventable cause of death and illness in the United States. In Florida alone, approximately $8.64 billion in health care costs are generated each year from tobacco-related illnesses such as heart disease, stroke, cancer, and respiratory illnesses. Research has shown that … Read the rest

We at Creating Smiles Dental along with our patients and others in our community are collecting non-perishable foods like boxes and cans as well as Toys for Tots items for our food and toy drive. We will collecting food mostly for Thanksgiving and toys mostly for December but will accept both through the holiday season. 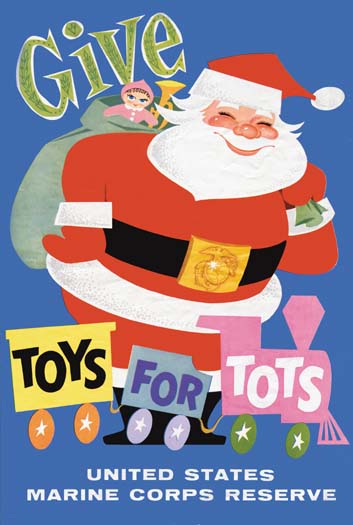 Here is more information about Toys For Tots and further volunteering opportunities.

Toys for Tots can always use volunteers!  Please let them know if you are interested in helping out.  Here are the dates they need the most help:

On November 14th 2014, Dr. Brayer, of Creating Smiles Dental, and her family of 3 children are going to be sleeping in cardboard boxes to help fight homelessness. The week of November 9th is Homeless Awareness Week. This event takes place that week. Families are willing to give up their own beds to sleep in a cardboard box to raise the awareness AND the money to give a bed to somebody who does not have one. Local businesses including Fishy Face Photography have donated to Dr. Brayer’s children. $50 is helping the local volunteer families (like Dr. Brayer and her children) to be able to sleep in a cardboard … Read the rest